If you’re an avid cyclist with kids, I bet that you also want to get them involved in biking! I started my son on a strider, and then his own little bike at age 4. Transitioning him off of training wheels was easier than my parents had it with me — I didn’t do the “run alongside their bike and pray they can balance” routine — instead, I followed the instructions here and it was a fast transition. It wasn’t without a few wipeouts, but the kid learned to ride on his own much younger than I did.

After a year or two of riding on the sidewalks, I decided to let him try some of the easiest singletrack trails around. They were fairly wide, undulating trails with minimal hills and zero obstacles. HE LOVED IT!! I have a fond memory of him yelling “THIS IS THE BEST THING EVER!” as he cruised down the hill … and then he crashed into the bushes. I’ve learned to give him space and I still have to remind myself not to audibly gasp when he’s doing something that looks risky. The kid already has better balance and innate skill on the mountain bike than I do! If you ask him, he’ll tell you that “mountain biking is all about getting dirty, having fun, falling down and getting hurt. Actually no, not getting hurt. Just falling down.”

I have a few tips to share from my trials and tribulations of biking with my elementary school aged son:

Get them good gear — new, used or borrowed! 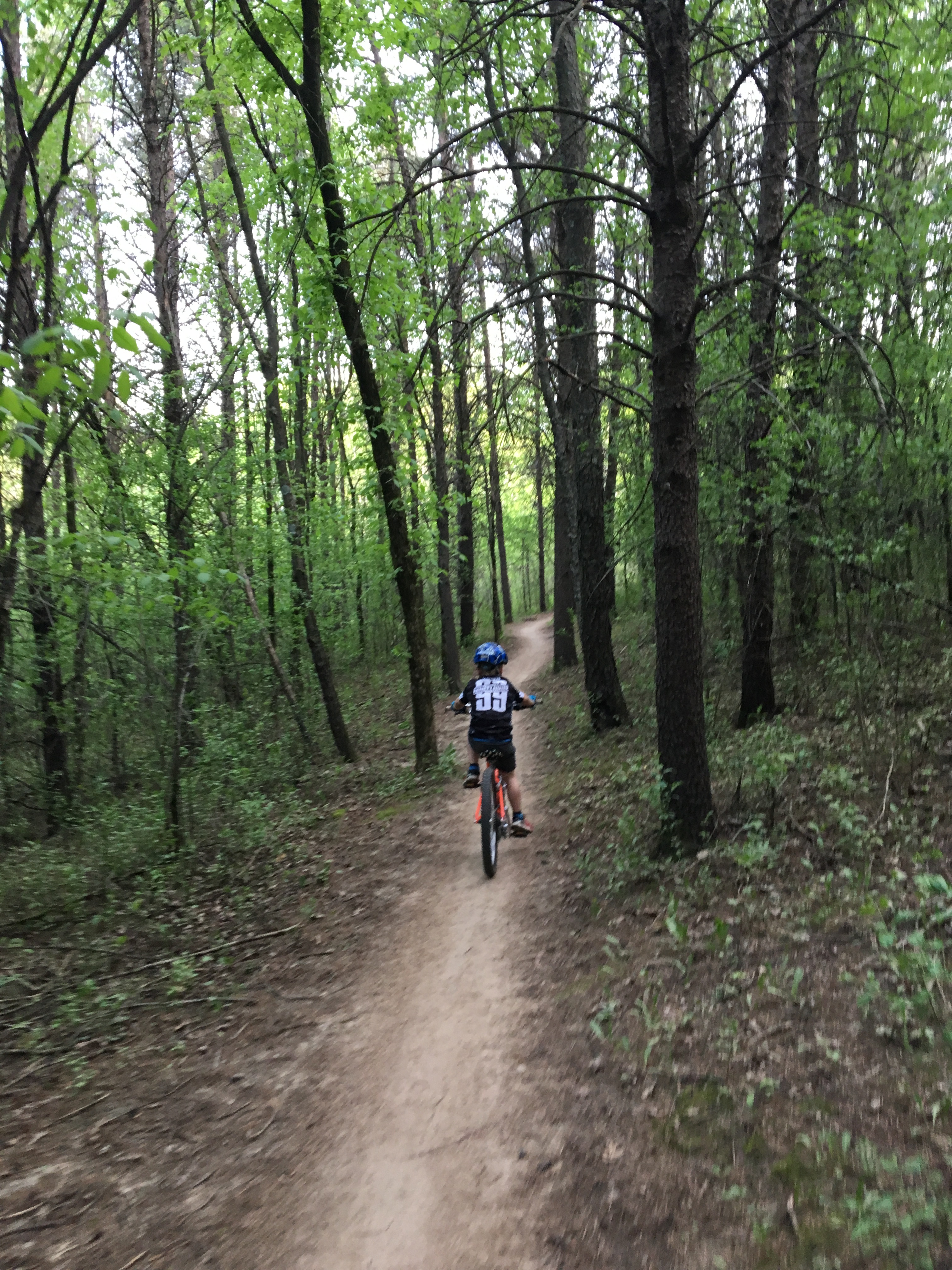 Even out your advantage

Our Favorite Places to Bike

South central Minnesota is home to some amazing bike trails that the whole family can enjoy. Here are a few of our favorites.

Hopefully you’ll find some of these tips helpful when introducing your kids to cycling! Do you have other suggestions to add to the list? Please add them to the comments for others to read!

3 thoughts on “Share the Love: Biking with your Kids”